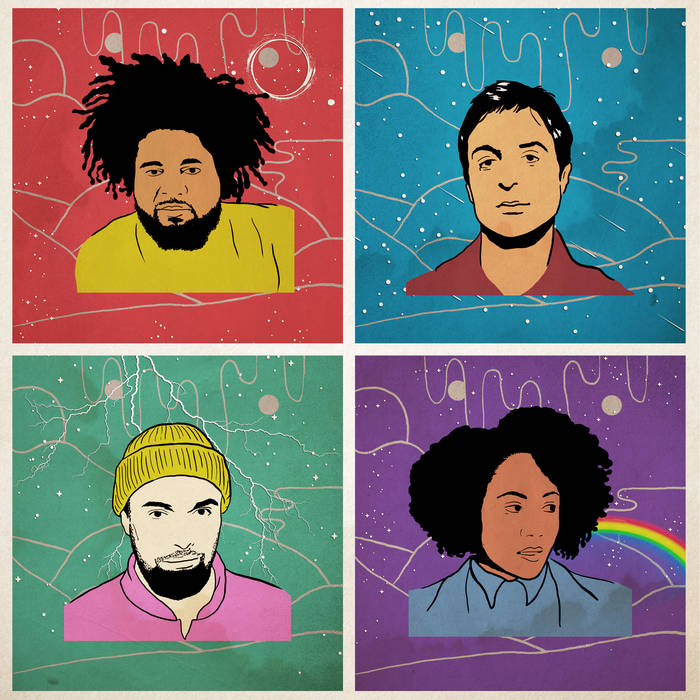 Since releasing his acclaimed debut album Aforemention (Mashibeats/Ropeadope/Mental Groove), drummer, DJ and producer Tommaso Cappellato has taken his solo project to live stages all over the world - from Los Angeles’ Low End Theory to New York’s NUBLU, from Gilles Peterson’s Worldwide Festival Leysin to Kyoto’s legendary Club Metro. Now, we’re graced with four stunning re-interpretations of songs from his longplayer, lovingly reimagined by talent from all over the planet.

Each rework came into being through a story of friendship, comradery or even random encounters – such as in the case of London-based soul singer Natalie May who happened to be in the audience at Cappellato’s London show at Jazz Re:freshed, and improvised her melody to “R’n’Free”, recording it straight onto her phone right then and there. One of the most popular songs on the album, “Fly” - beautifully vocalled by LA gem Nia Andrews, gets flipped into anthemic soulful house for dancefloor lovers by legendary DJ/producer Alex Attias (Beatless/Mustang) with keyboard contributions courtesy of master piano/keys/electronics performer Mark de Clive-Lowe. Afrikan Sciences - an authority among the most visionary electronic music creators - delivered a stunning, cubistic drum-machine-driven rework of “Pastlife Flashbacks” - only 48 hours after getting the stems!; while Emanative, a fellow drummer with whom Tommaso has shared the DJ booth with on a few occasions, paints an ambitious sonic canvas taking elements from each individual song from the original album and titles it “Emanative’s Affirmation”, a uniquely beautiful 12-minute conceptual ambient soundscape.